We arrived at the Mountain Zebra National Park at around 3pm because it was only a two hour drive from Graaff-Reinet. We had been in such a hurry to leave GR and get to the Mountain Zebra Park that we hadn’t had lunch so we went straight to the restaurant and ordered toasted sandwiches and coffees which were great. We then went down to the camp site to set up the van when a game warden came in and told us that there were two lions a mere 200 metres outside the camp site gate so we ditched the van and took off to see if they were still there. Sure enough they were still there and not only that they were in the mating stage. During mating the lions can have sex between 20 and 40 times a day for a couple of days! I remember those days! They were being a bit coy, about 30 metres off the road and partially obscured by some small thorn trees but we were still able to get a good eyeful! 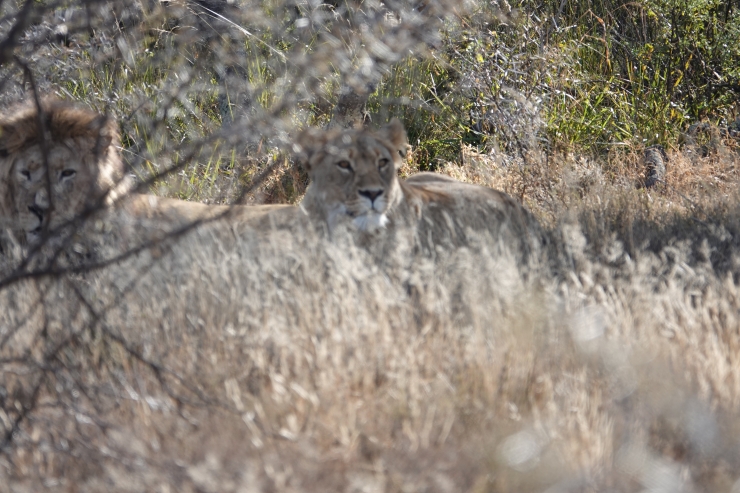 That night the Weber Baby Q experiment continued and we made up a pasta bake to cook in it and again it was very tasty.
The next morning we were up early and out of the camp gate right on 7am when it opened. The park is 22,386 hectare’s in size and was first proclaimed a National Park in 1937 with an initial 1712 hectares to conserve the Cape Mountain Zebra which had fallen to crisis numbers. It has since been added to by the purchase of 9 surrounding farms. Today it has more than a thousand zebras and following on they have added black rhino, buffalo, cheetah, brown hyena and lion. The park has an amazing number of animals with the largest numbers being made up of the Cape Mountain Zebra and Black Wildebeest but there are many other animals.

This is the off season so agin we were there at a great time not having to contend with any crowds at all. We hardly saw another car all day and when we did stop to watch the animals it was on our own so definitely the best time to do this. Again the park had three dedicated 4 wheel drive tracks and they were again quite gnarly so we saw no one at all on them. At lunch time we went back to the camp site for lunch and while there heard that the lions had been seen on one of the 4WD tracks so late in the afternoon we came to this particular track and set off down it. We were really quite disappointed because there were very few animals down this track however the scenery was superb and so was the 4WD driving. Two kilometres from the end of the track we were driving along a flat plateau with quite long grass when all of a sudden I have just exclaimed OMG because there to our left were a male and a female lion lying in the sun not more than 5 metres off the track. We stopped of course and took some photos and just took it all in. 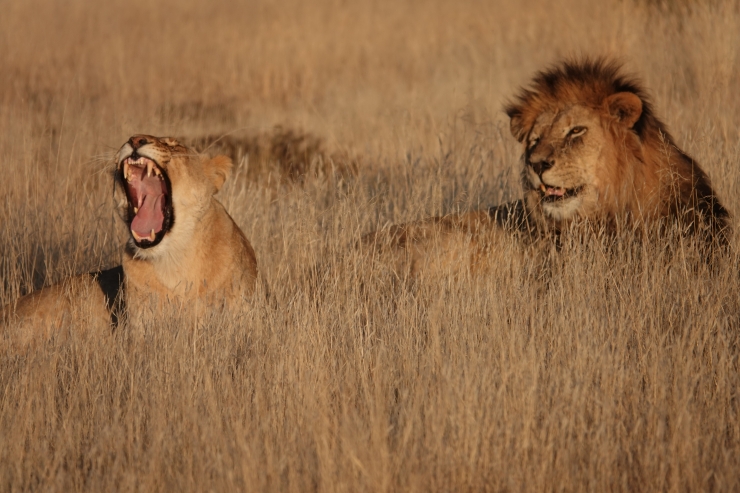 Then I happened to look to my right and this time choked out F…ing hell because there right beside my open window were two more lions, again a male and a female just lying there eyeing me off!

It was an amazing experience just watching them and seeing how they interacted. All too soon we had to leave them to get back through the camp gates before they closed at 6pm. We saw everything from Aardwolf, Bat-eared fox, Secretarybird, etc but also hundreds of Zebra, Black Wildebeest and antelope. The sheer number of animals was outstanding and the only thing that let it down was not seeing the cheetah, black rhino and buffalo but I’m sure we will see them in other parks on our great adventure through Africa. 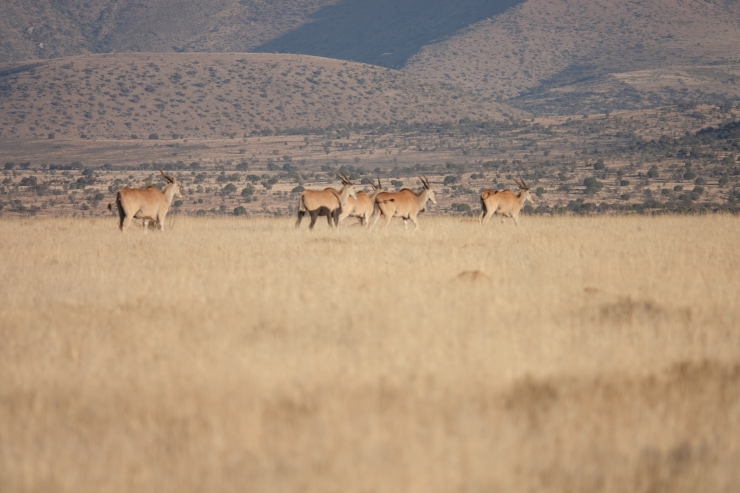 6 thoughts on “Cause you know I’d count a thousand Zebras just to be with you.”