We left Oudtshoorn early and traveled to Graaff-Reinet where the Camdeboo National Park is. We arrived reasonably early in the afternoon and quickly set up the van so we could get up to the Valley of Desolation for sunset. It is only about 14 kilometres out of town and climbs steeply first to a lookout which has an amazing view of the town of Graaff-Reinet and also the surrounding area.

Then it was another short drive up to a carpark from where you walk up to the Valley of Desolation which is a breathtaking view of piled Dolerite columns against a backdrop of the plains of the Great Karoo. 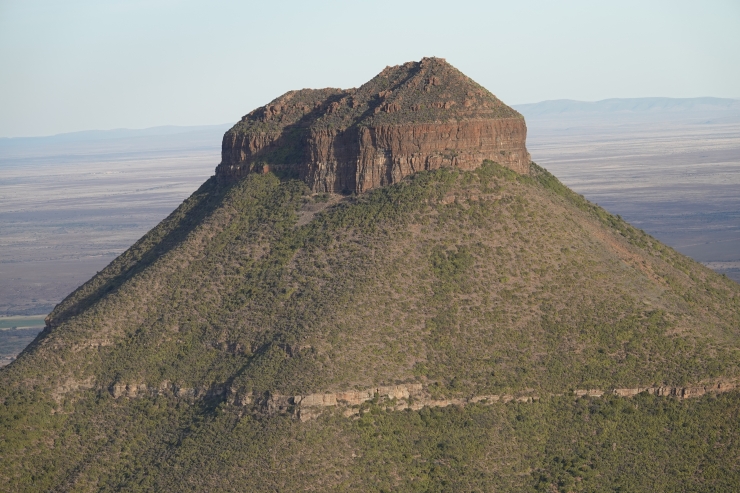 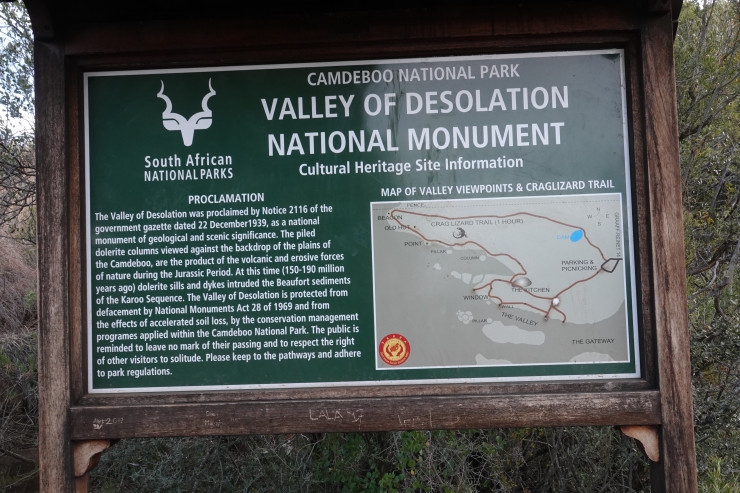 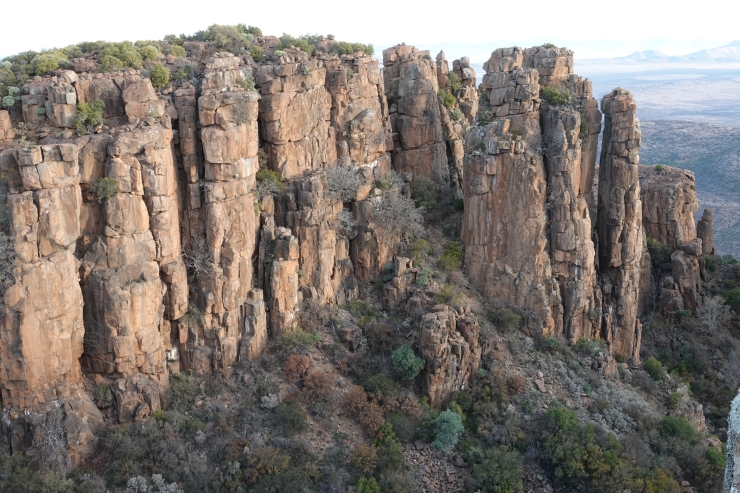 The gates to the park close at 6pm and we thought we would have enough time to do a short 1.5 kilometre walk but hadn’t counted on it being such a difficult walk over ankle breaking stones. Anyway with the very last light of the day we made it back to the carpark and were able to get out of the park just in the nick of time! 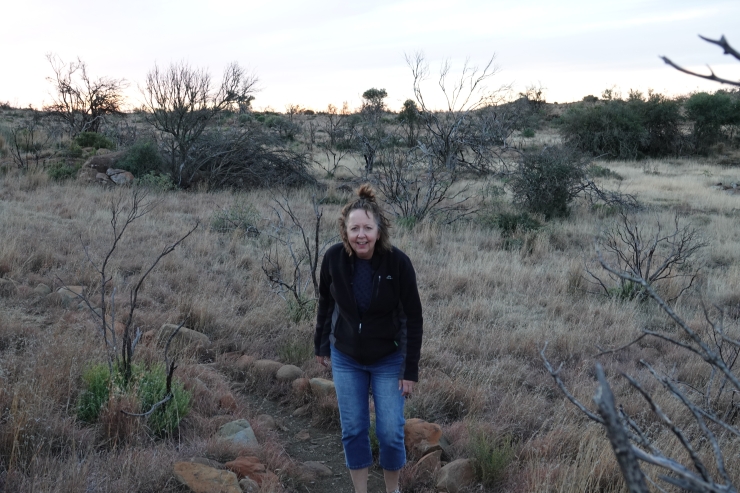 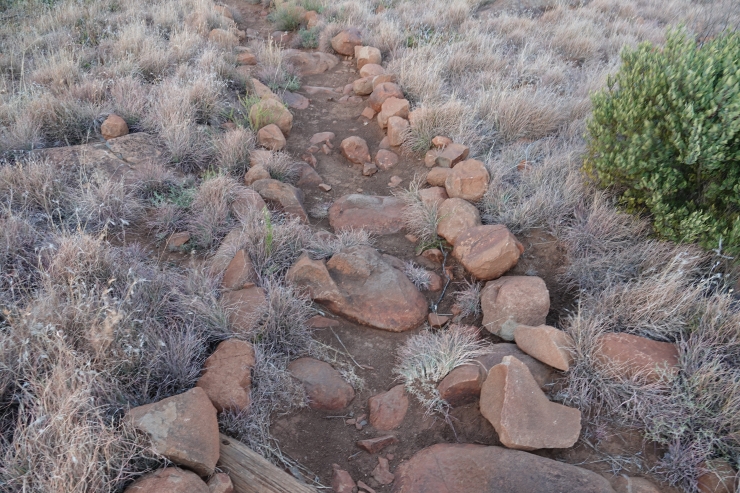 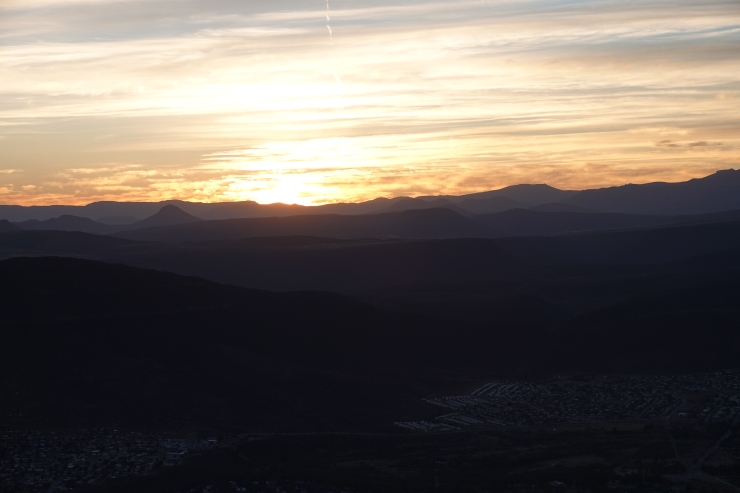 That night Pauline made up a quiche and we cooked it in the Weber Baby Q and again this little BBQ just amazes me because the quiche came out perfect.

The next morning we were up at 6am to go back up to the Valley of Desolation to catch some great sunrise shots. We took our breakfast of left over quiche and coffee with us. The light on the Dolerite columns was just beautiful and we enjoyed soaking up the morning sun rays just like the Lesotho shepards! 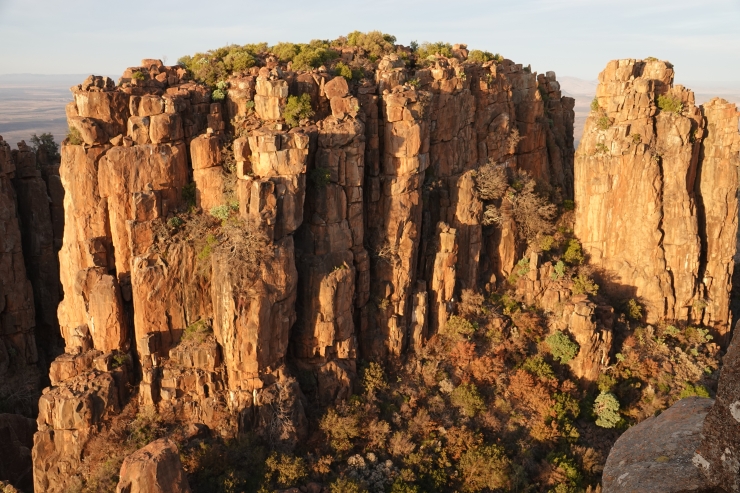 We were then going to go back to the van and head off but decided to have a look down some tracks while we were in the Camdeboo National Park and see what we could see. We took some 4WD tracks that are open to the public but that the guide on the gate tried to play down. Now I understand why because they were quite gnarly and I’m sure they get called up quite often to recover people who are either not capable of this sort of thing or are in a vehicle that is not capable. We loved it and so did the Landcruiser which made easy work of it. We saw lots of wildlife including Steenbok, Red Hartbeest, Springbok, Eland, Kudu, Mountain Zebra, Black Backed Jackal, Ostrich’s and Mountain Reedbuck. 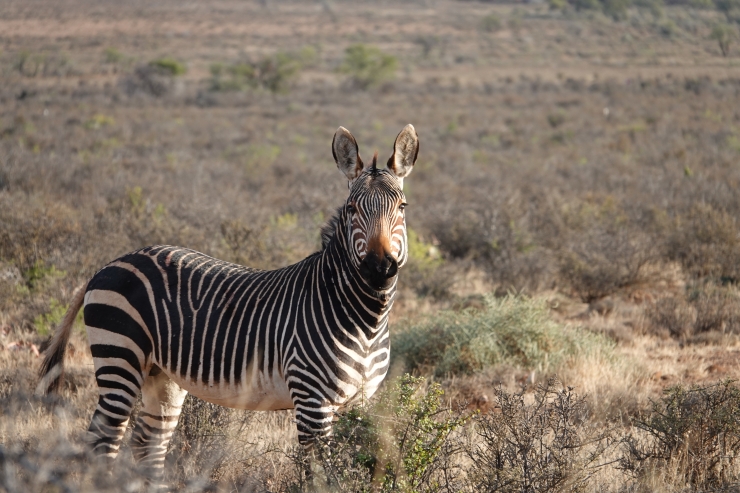 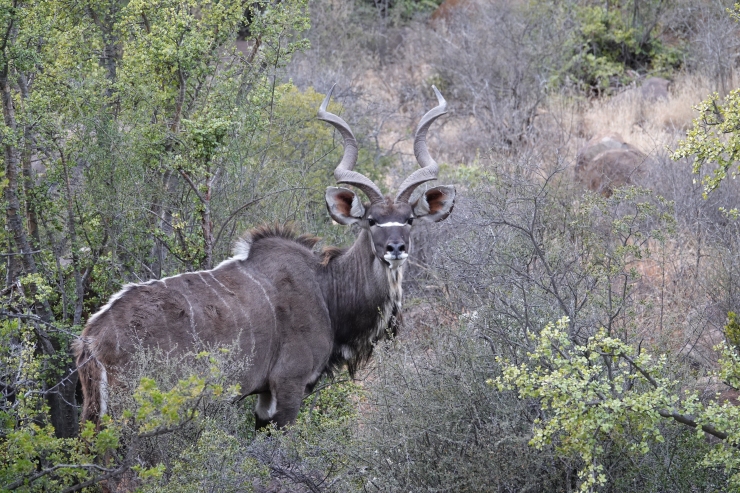 So four hours later and having had a heap of fun we got back to the van park to pack up quickly and head for the Mountain Zebra National Park.

3 thoughts on “The day we went into the Valley of Desolation and back!”