We left the Mountain Zebra National Park very happy campers at around 9am to make our way down to the start of the Baviannskloof Nature Reserve. We made it as far as the mouth of the Gamtoos River and stayed in the camp ground of the Ferry Hotel which was right on the banks of the river and a beautiful spot to stay the night. Up bright and early the next morning and we were off on what was going to be a very long and tiring day covering some incredibly beautiful yet rugged and remote country. Before we entered the Baviaanskloof NR we went through a large citrus growing region which was very green and of course orange!

At the entrance gate to the reserve the attendant there asked if I was sure that I could get through with the Karavan on to which I replied well yes it is designed for it. The reply I got was well I wouldn’t take it through if I were you but you can go ahead because you can always turn around and come back. Great start I thought! Well, yes it was an incredibly steep very narrow and very rough track and at times we could just fit around some of the corners but taking it very slowly we made it through.

The 103 kilometres took us 7 and a 1/2 hours to drive and mostly in 1st or second gear and occasionally getting into third! Every now and again we would see a sign saying the speed limit was 40 kph but I think reaching 30 would have been stretching it.

We crossed many streams with one being about 100 metres wide but only about a foot and a half deep. In the whole journey we worried about meeting another vehicle coming toward us because there were so few places to pass but we needn’t have worried because we didn’t meet one other vehicle! 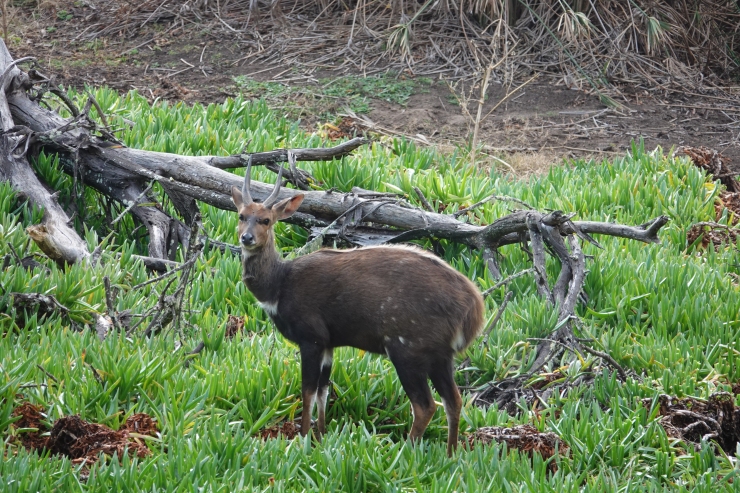 It was a great day but very draining with all the concentration and the rough ride we had but worth every bit of the discomfort. 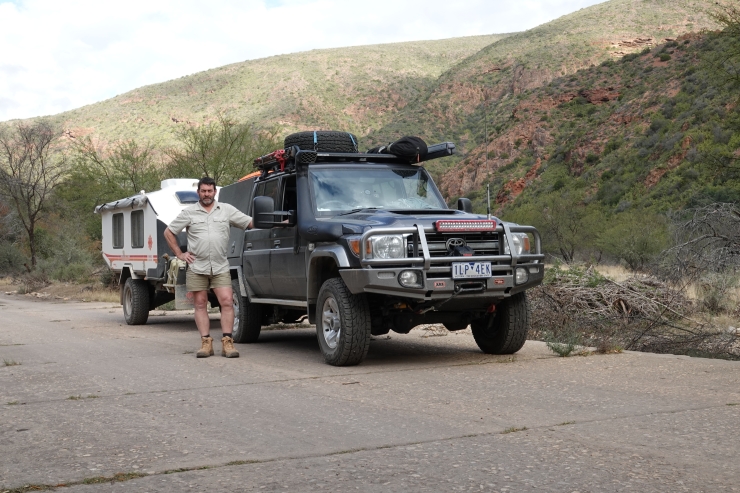 Two thirds of the way through we stopped overnight at a camp ground that surrounded a dam and had lovely green grass to camp on. That night in the distance I could see big black clouds and worried that we might have a very wet muddy ride out in the morning but it must have gone around us.

The next morning we made its out onto some really well maintained dirt road and drove through some beautiful geological formations which made me wonder what sort of forces were in place to make them. From here we traveled down the Prince Alfred Pass which is a dirt pass between the Baviaanskloof and the coast and again gob smackingly beautiful but half way down a 4WD was stopped off to one side and only just enough room for us to get past. Thinking that they must be in trouble to be stopped in such a spot I stopped to see if they were ok or needed assistance but the couple in there 70’s just answered “no we’re fine, we just stopped to have a whiskey and soda and take in the view”. Love it!

On the way down to Knysna where we wanted to stay we walked in to have a look at the Prince Alfred Tree and I will include a photo of the contents of a letter written by a Prof Phillips to his nephew because it is hilarious. 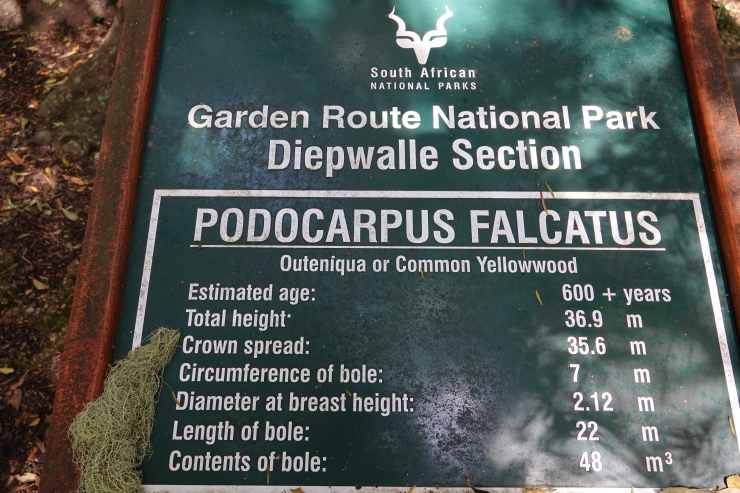 That night we stayed right on the edge of the ocean at Buffalo Bay and it was just lovely although very loud with the waves crashing down on the rocks a mere few metres away!

Having arrived early we thought we would go into Knysna to have a look at a motorcycle museum that we had seen a sign for but when we got there discovered that it was closed on Saturday afternoons and all day Sunday! All was not lost though because there next door was the Tapas’ & Oyster Bar and we hadn’t had lunch so thought we would pop in for a bite. Blow me down if there weren’t six large TV’s in there and the Lions were playing the Waratahs in the Super Rugby Semi Finals. So we ended up right at the front of a large group of very parochial Lions supporters who found out that we were Aussies! The Tapas, beers and Lions supporters were fantastic the final score not so good, Lions 44 Waratahs 26.

3 thoughts on “Have Karavan, will travel the rough roads……slowly!”