We got away from Stellenbosch nice and early and had a beautiful drive to Oudtshoorn which included a tunnel under the mountains 3 kilometres long. Between 10am and 11am we start looking for a scenic place to stop and have our morning coffee and sometimes we have a win and others not so much!

Oudtshoorn is the Ostrich capital of the world and back in the day was the only area in South Africa where it was permitted to farm ostrich for their feathers, leather, meat and eggs. The fashion boom for ostrich feathers started around 1860 and continued until the slump of 1914 but by then the Feather Barons had made their money and built their Feather Palaces. Now the market is mainly for the meat but also the leather is sought after. 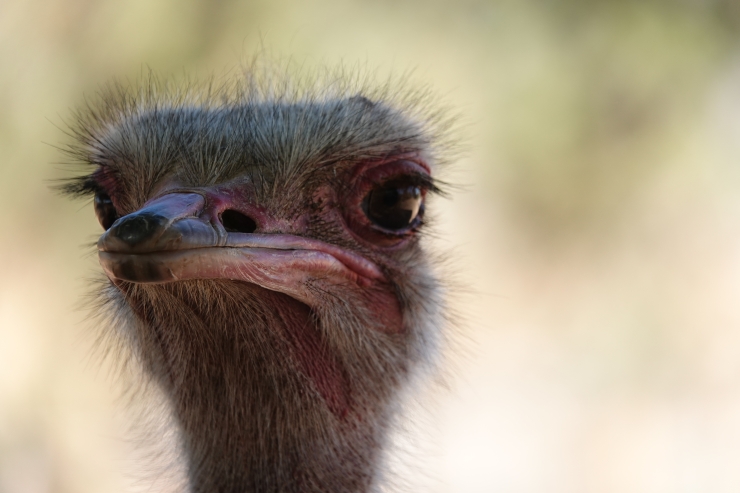 We did a tour of an Ostrich farm which we learnt a lot from but it was quite funny to walk around a corner to see around 20 Emus there as well. Apparently the Emu meat is not enjoyed as much as the Ostrich meat because of it’s gamey quality.

Also while in Oudtshoorn we did a day drive to Die Hel translated into English as “The Hell”. It is a very remote farming area with the only access being by foot, horse or donkey. So when the stock agent went in to Die Hel each year and on return was asked how was his trip, he would reply “it was like hell” so that’s how it got it’s name. First was the drive up through and over the Swartberg  Pass which was stunning.

In 1962 they finally put a track through to Die Hel and it was a definite 4WD track in and definitely no Karavan because the road in is very narrow and the decent into the area is very steep and has tight switchbacks so we left our van behind for the day. The drive in was around 37 kilometres and took 2 & 1/2 hours to do but was through some of the most beautiful mountains I had witnessed since my trip through the Indian Himilayas on a Royal Enfield motor bike. 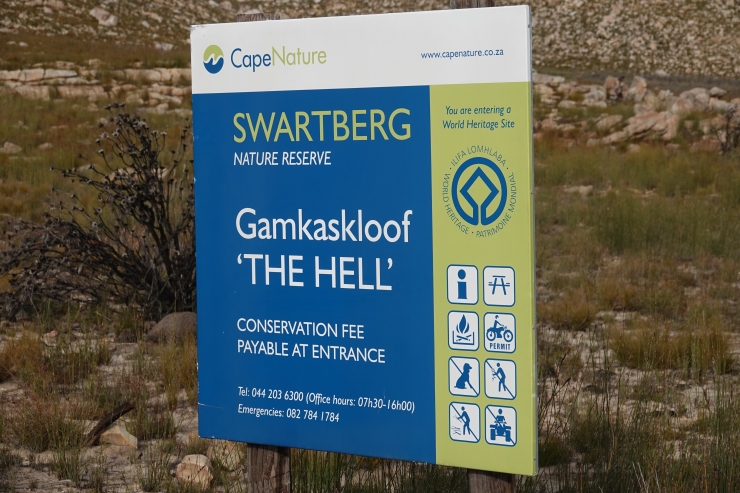 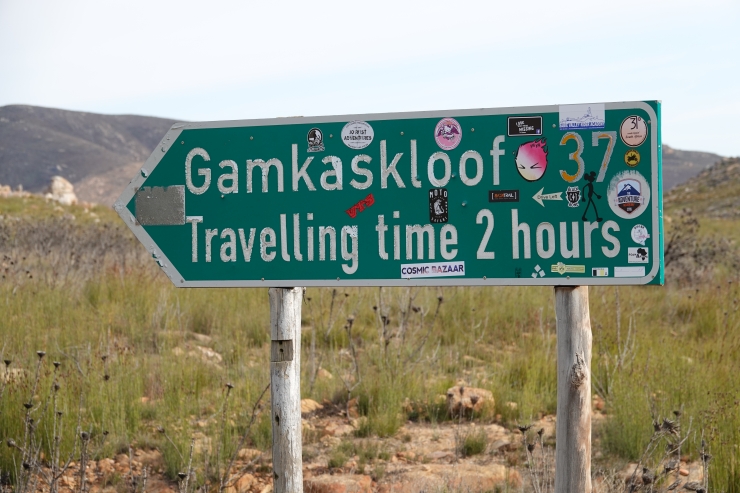 Trivia time again! Did you know that an Ostrich egg is the equivalent of 24 chicken eggs and apparently the bakers love them because instead of having to crack 24 chicken eggs they only have to crack one ostrich egg! Plus a male can have up to 3 to 4 females and they mate for life!

5 thoughts on “The day we went to Hell and Back!”

Leave a Reply to Marcus and Pauline Cancel reply