Early on Tuesday we left Durban and were hoping to get down around the East London area. The drive was quite beautiful to start with rolling green hills and lots of sugar cane but before long we turned inland and it became quite dry and arid. We had up until now really enjoyed going through the many towns, we would wind down the windows and take in the many sights, sounds and smells. Pauline would have her camera handy and snapped some great shots as we went through these towns. 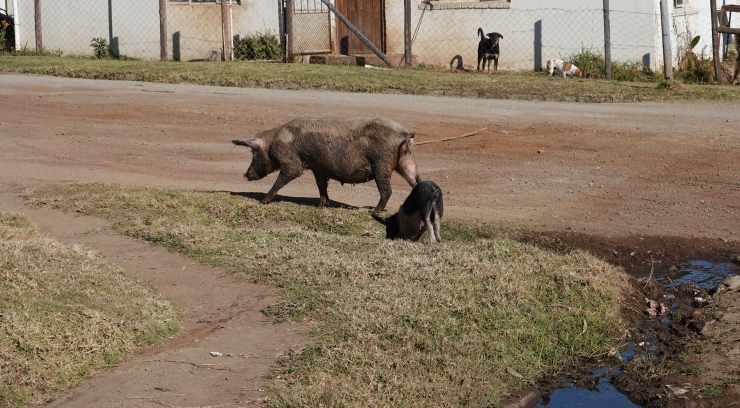 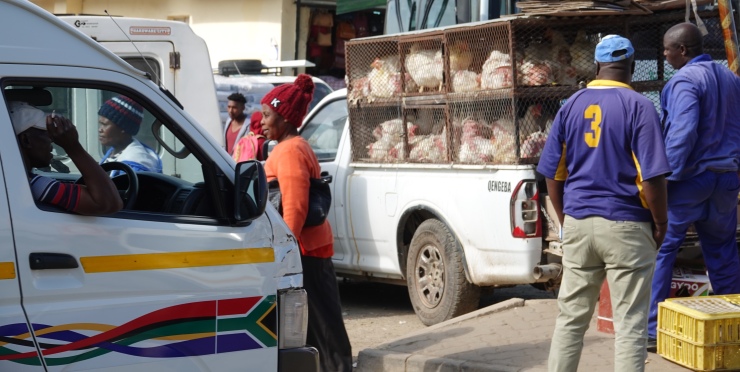 In one such town called Mthatha Pauline had her window down about half way and a we came up to a set of lights they turned red and we had to stop. In the flash of an eye a young man jumped up onto the Landcruiser side step and tried to snatch Pauline’s camera out of her hands but the strap was wound around her hand so he then went for my iPad which was on her lap being used for a navigation app we were using. This time he managed to get hold of it and as he jumped back down he fell and the iPad also hit the ground but he was up again, grabbed the iPad and was last seen running down the narrow side street. We lost an iPad but most importantly Pauline was ok so after taking a few deep breaths we started the search for a police station. No, we most likely will never see the iPad again but needed a police statement for insurance purposes. I thought I saw a police station so swung the Cruiser left and then realised that it was a one way street. I stopped and as I was trying to work out what to do next a bloke pulled up beside me in a bright orange Land Rover Defender and asked if we were alright. We explained what had happened and so he told us to follow him to the police station. When we arrived we saw a line of people leading out the door and thought well there goes the rest of the afternoon. However our new friend Willem took Pauline straight in the front door and directly to the Captain who took Pauline’s statement personally! Willem then took us to a charming cafe and he and his lovely wife Charlene shouted us lunch. So from a really bad event we again have come across a fantastic Good Samaritan who went out of his way to look after some total strangers in his patch. Thanks Willem and Charlene.

As we were leaving Mthatha and just on the outskirts we were pulled up behind two cars by a couple of blokes in high Vis vests. One of the men approached me and told me that the road ahead was blocked by floods and that we would have to divert and to follow them. However I noticed that neither had any markings or ID on there clothing and the cars they were using were unmarked and unremarkable from any other car on the street. After what we had just been through I was feeling a bit sceptical and smelt a rat big time. Ok I said I will follow you but the moment he gave me some room I gunned the Cruiser forward and went around him stopping about 100 metres ahead and jumping out to urge Veronica to ignore them and follow me which I’m happy to say she did. We more than likely averted going through a car jacking event, so as you can imagine when we finally did get out of Mthatha  we were a bit shaken up. We didn’t stop until we made it to a camp place 120kms down the road.

The camp we stayed in was recommended by Willem and it was great, very secure and quiet and we were again the only ones staying there. Owners Leon and Dixie were retired and running the camp site for a bit of pocket money. On arrival they met us and Dixie kindly gave us a pot of her home made chicken liver pate which we had with our drinks that night. In the morning Leon turned up to see us off with a big bag of his home grown Navel oranges. So many good people, more than making up for the unsavoury types!

We had a lazy start to todays travel from the Kie River to the Addo Elephant Park. We saw our first wild African animals today, that is apart from monkeys! We saw Giraffe, Elephant, Kudu, Warthog, and lots of different antelope. We are now settled into tonights camp site ready for an early start looking around the Addo Elephant Park which is home to around 660 elephant among other animal species. 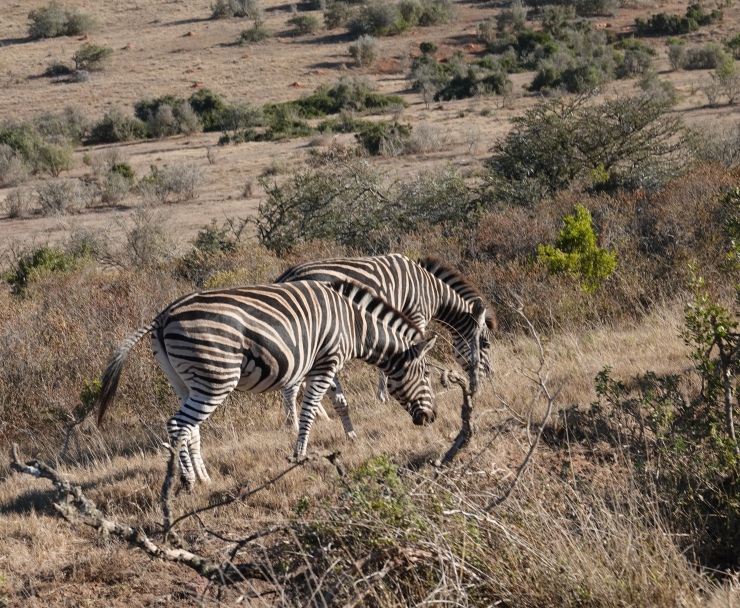 Today we have learnt some important lessons that will stay with us for the remainder of our trip. We know now that we have to be much more serious about our security and be so much more vigilant of the opportunistic thieves around us. No one said it was going to be easy.😎

21 thoughts on “A stolen iPad and attempted car jacking all in a day!😳😳”