The great progress we had made in getting to Maseru all ground to a halt however when we made it to the Lesotho/South Africa border crossing. It took four hours to go through both check points with the main culprit being the South Africa Immigration who in their great wisdom only decided to open one window for non South Africa residents and there were thousands trying to go through. Is there not an unemployment problem in South Africa that could be helped by putting people in the other three Immigration windows! It was the most frustrating four hours I have ever had but crickey we’re in Africa and don’t get me started on the queue jumpers! On the other hand it only took me 15 minutes to get both of my vehicles checked by South Africa Customs and the Carnets stamped and signed. 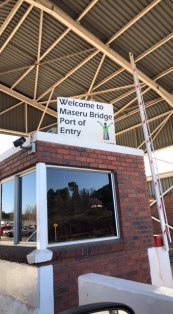 When finally through we had only just enough light left to get the two hours to a town called Clarens so ended up just taking a room in a guest for the night. The next morning Veronica continued on to Durban and Pauline and I moved to a camp site called Bokpoort Cowboy Ranch which is a horse riding ranch with camp facilities.

A cold front had started to come through that afternoon and it was freezing cold and blowing a gale so we just hunkered down and with the help of our diesel heater and some hot soup tried to stay warm. On the way out of Semonkong Pauline had pleaded with me to let her buy a traditional Lesotho Shepards blanket which is made out of Merino wool and well am I happy I let her because it helped keep us some what warm that night. I still got up in the night and put an extra layer on it was so cold. We awoke the next morning and everything that was liquid had frozen, taps, buckets of water and a pipe on the shower block had ruptured making a beautiful frozen sculpture! We had survived a -10 degree night!

That morning the wind had dropped and the sun was out and by about 9am we had thawed out enough to start moving so into Clarens we went to pick up our washing from the laundry which I must say is so cheap here that it’s just not worth the hassle of doing yourself. We had a great coffee and most likely the best we have had in Africa so far at the Highland Coffee Roastery and then we were off to the Golden Gate National Park.

Today was still a cold day even though it was sunny so we took some drives around the park and saw Blue Wildebeest, Burchelle’s Zebra, Jackals and Blesboks. We stopped at a fantastic Drackensberg Mountains viewing point and made ourselves some sandwiches and took in the amazing scenery.

A spot of lunch while looking out on the Drakensbergs!

We returned to camp and lit a fire at around 3.30pm to cook some baked spuds and T-Bone steaks that we had bought from the Clarens Butcher. As we were getting ready to cook our steaks the boss came tearing out in his 4WD firing off about 20 high powered rifle shots at what, we had no idea but we did feel slightly nervous especially when his 8 year old son started running around shooting his slug gun as well.😳 By 5.15pm when it was time to put the steaks on the temperature had already plummeted after the sun disappeared so we took our steaks inside to eat and fired up the diesel heater once again! It’s only forecast for -8 tomorrow so we should survive! 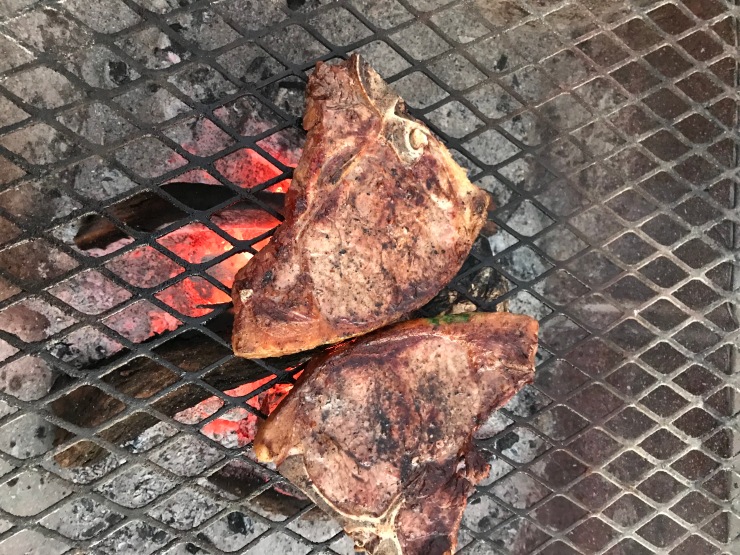 There really was no difference between -10 and -8 we discovered but again we survived the bitterly  cold night. Today we thought we would climb a mountain behind Clarens which afforded fantastic views. We obviously had to start with another great coffee from the Highland Coffee Roastery! It was a  bloody hard slog and Pauline was in a lot of pain from her rib injury so she suggested I forge on ahead and she would wait for me.😜. 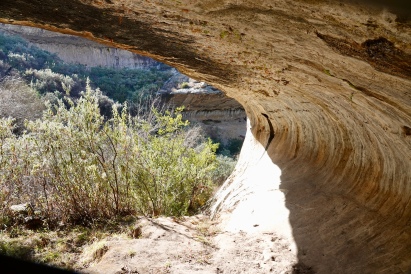 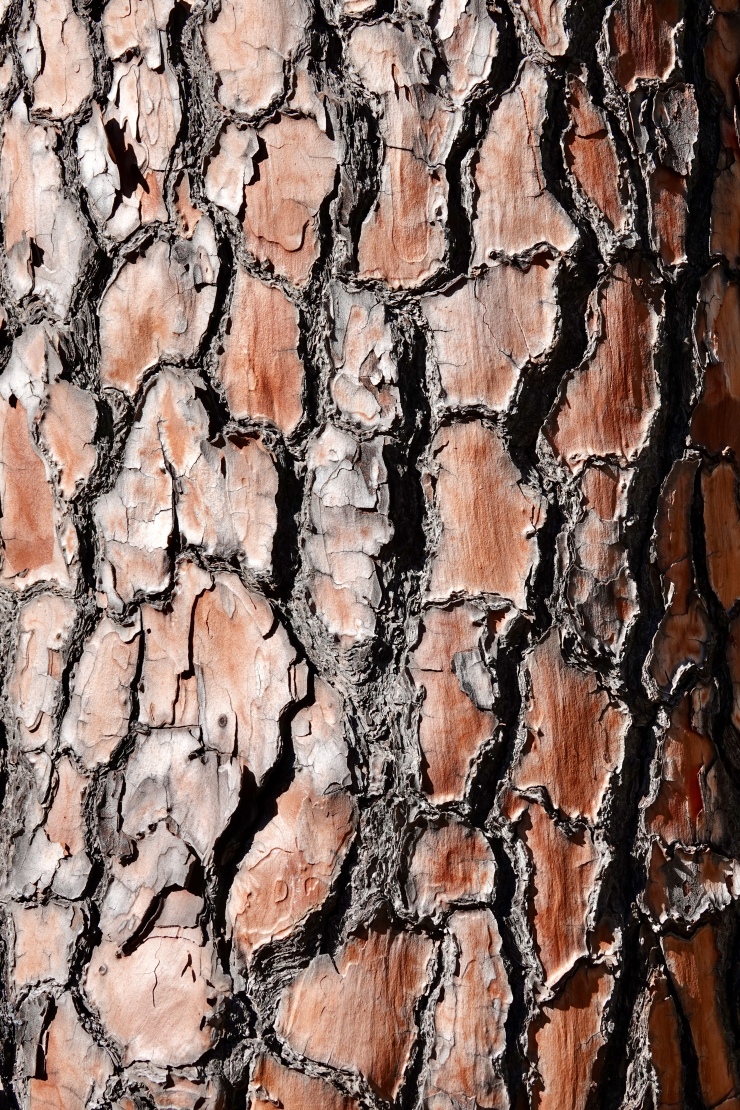 We then went back to the butcher we had discovered and bought some more meat to take with us. He was kind enough to cryovac at no extra cost. The third night was not quite so cold, only reaching a low of -4 so it was positively balmy! On our way to the Bokport Cowboy Ranch I rang ahead to make sure they had room for us and the owner said “yes sure but I’m on my way out so just make yourself at home and I will come and see you this afternoon”. Well it was the third afternoon and we were leaving in the morning and she still had not been to see us so I went down to the homestead and paid up and there was very little chit chat but anyway it was a beautiful place to stay and we were the only ones staying there for the three days.

Bright and early the next morning we hooked up the Karavan and headed for Durban because the ship that Veronica’s expedition truck was on was docking the next day. It was pretty much a freeway most of the way and not a lot of interesting features to report.